This is all kinds of out of order, but I have faith that you can handle it. We were going to make this whole thing into kind of a time lapse deal... but for one reason or another that never happened. So I'm going to go ahead and throw a couple of the teardown shots up as they are.

Loudbike's broken. That's why several of the last posts have dealt with the rebuilding of her head. Some friends stopped by a few Saturdays ago to help me break her down so that we could try and find what all the trouble was about, and I think we did. 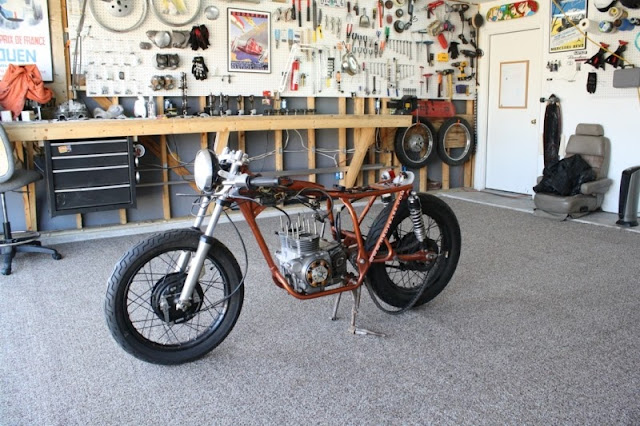 Once we had the head off the bike we could tell that the cam chain was binding up, and was visibly stretched, so it needed to be replaced. Chris just happened to have one that he had mistakenly bought off eBay so we were good to go. Only problem is that to replace the cam chain you have to completely take the motor apart... and I mean completely. 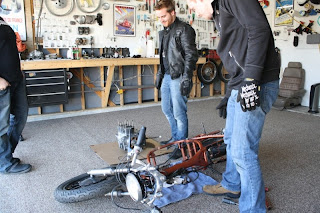 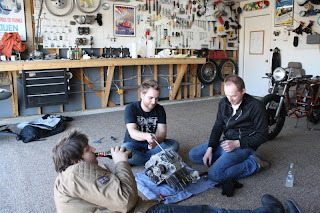 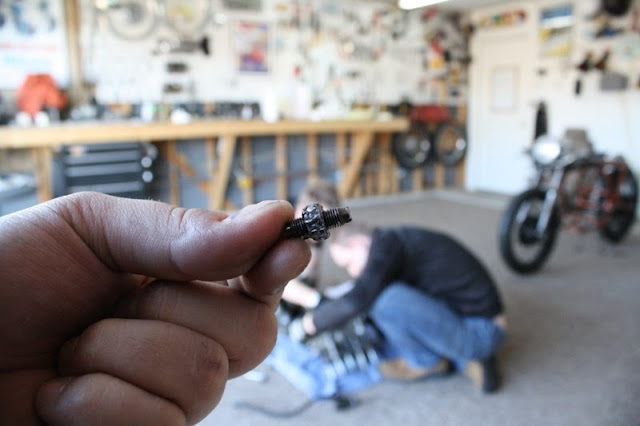 Also this is a tappet adjuster set screw... it had come loose and was bouncing around in the bottom of the cam chain chamber. This is what had caused the binding of the chain. I'm still not sure if it was the root of my problems though. 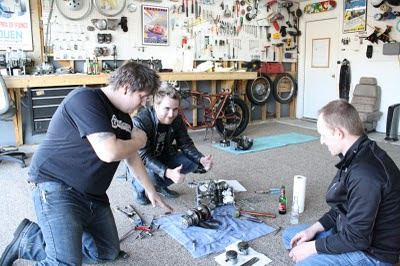 The half way point 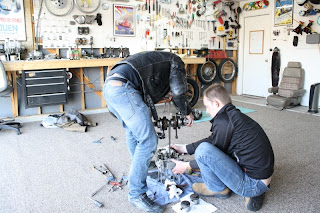 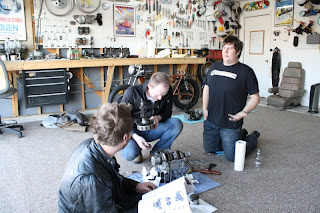 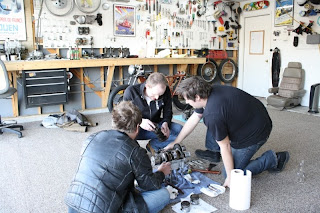 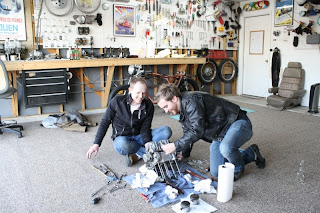 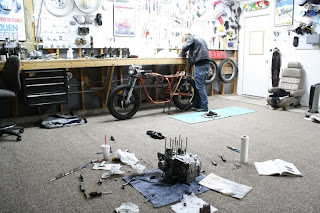 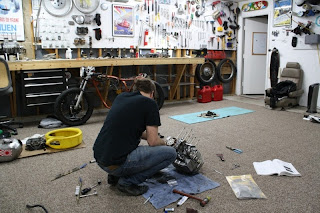 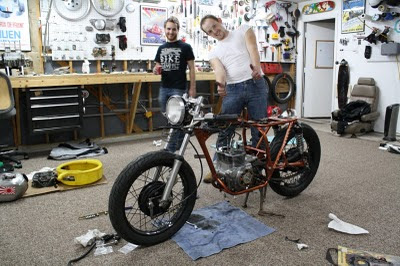 Back together, sort of. The head is shot which you'll see soon enough, so I had to take one off another motor and swap it in which so far has taken a couple of weeks.
Posted by Kit at 9:30 AM