Everyone's been telling me since I pulled the front fender off Loudbike that I need a fork brace (and they were right, but I'll get to that later) The night before a bunch of us were to meet up for a wrench and a ride I decided to go ahead and get it done. 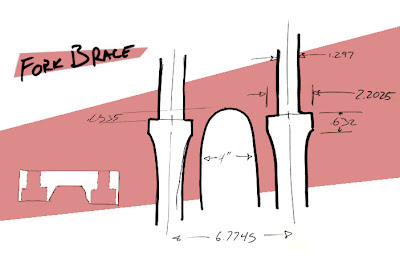 I thought at first that I could make it really simply flat across the top, but after trying a few times in Pro-E I just wasn't liking the look of it so I had to bite the bullet and make it a three sided part (cut the bottom, flip, cut the side, flip, and cut the bolt holes) Fortunately I have a bunch of 6061-T6 aluminum to use for just such a project, and free is the only price I can afford at the moment. 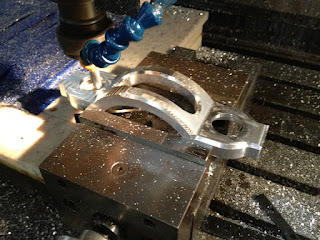 This is the second side running. It took me about 5 hours to get to this point (Originally I thought the whole thing might eat up 4 hours, but mucking about with the design slowed me down a lot) 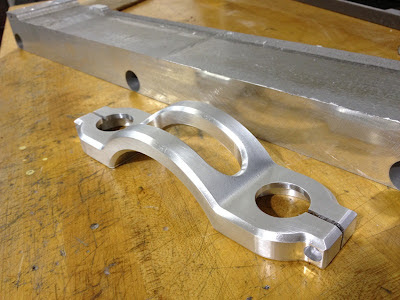 An hour and a half later (1:30 in the morning) I've got my finished part. I've just got to cross my fingers and hope that it fits. 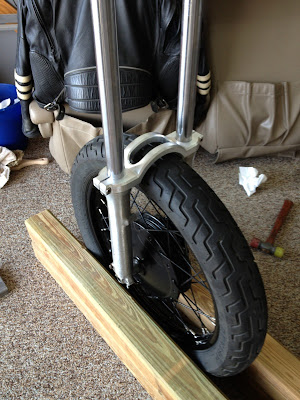 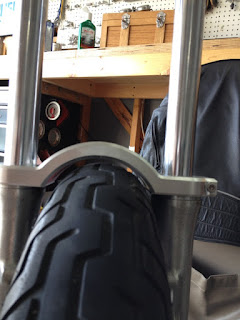 Bam! I can't deny the difference it made, the front end feels a lot more solid and it's not nearly as fatiguing as it used to be.
Posted by Kit at 9:43 AM 4 comments: