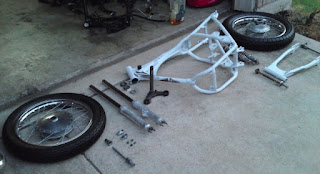 I'm currently working on completing its' front end. I stripped the forks down a while back. 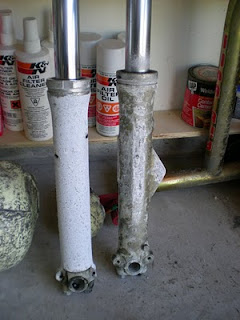 But the latest, which I just completed several minutes ago, is the front drum
I've been working on the outside for a while, I milled the hell out of it and sanded it nice and smooth followed by some etch primer and fill primer. Here's a shot of the etch primer on the inside. 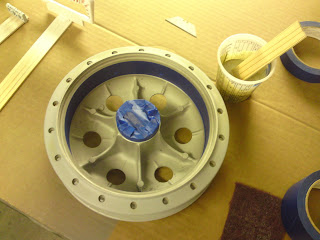 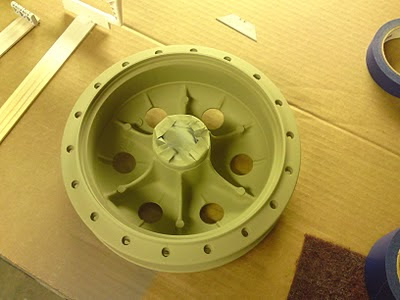 I want all the aluminum to look raw... but perfect. So I'll be shooting it all silver, I'd like to leave it matte, but that's a nightmare to keep clean so I've decided to clearcoat everything. 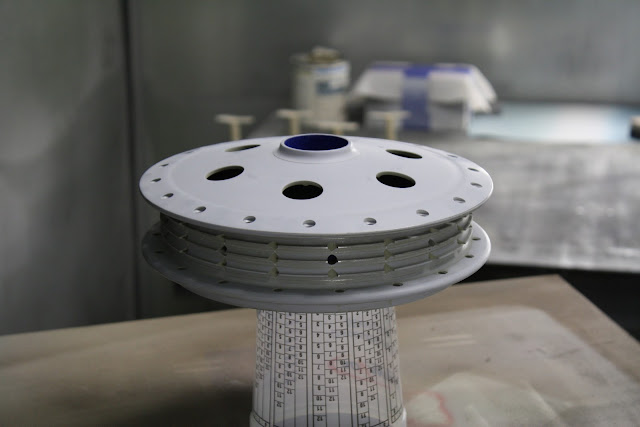 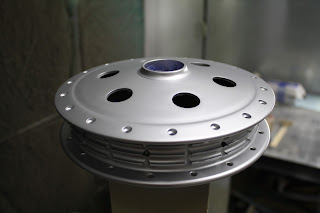 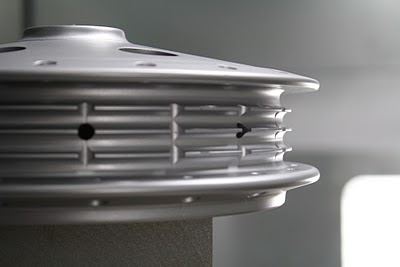 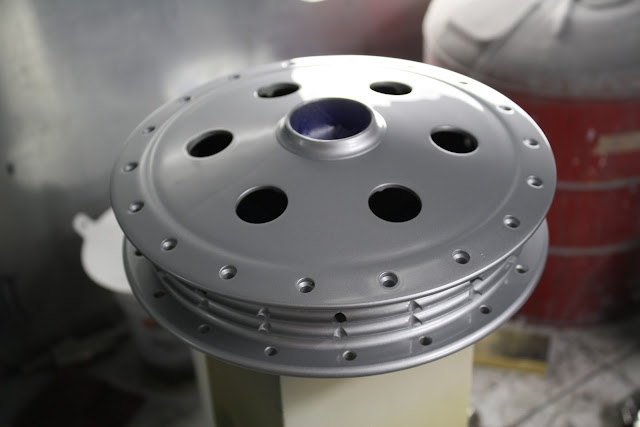 Finished with clearcoat
Posted by Kit at 1:56 PM 1 comment:

It all took a lot longer than it was supposed to, but happy day indeed. I got my wheels back from powdercoat.

I started the stripping process with aerosol aircraft stripper. I didn't have high hopes for it because by their nature aerosols are usually just really diluted and ineffective versions of the real thing. But it worked fantastically for the first bit. I also tried a couple of different paste strippers and eventually decided it was all just too much work and took them to my powder guy and asked him to use his secret (biodegradable) formula which worked brilliantly, but then it was an issue with the pots that he had. His shop is set up to do small panels and electronics boxes so he didn't have anything that he could just soak them in completely. Several days of this went by (he's doing this job for me as a favor so it was back-burner-ed and I wasn't really in a position to push the issue) and eventually I took them back to finish them out in my sandblaster. 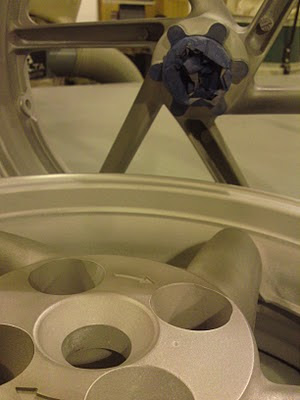 I also had to get them back from him because I wanted to sand them down a bit, I removed several casting IDs from the face of the spokes and, as you may be able to see here I smoothed out some casting seams. 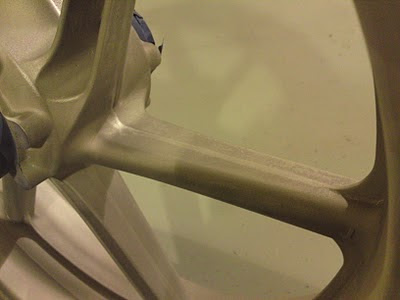 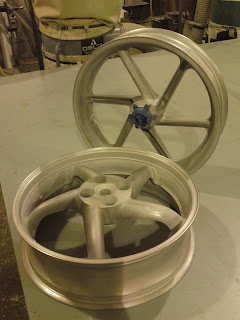 I returned them to him last night, masked them up and picked them up this morning. 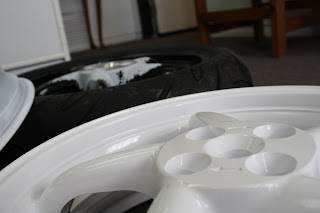 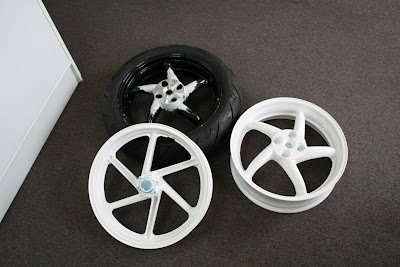 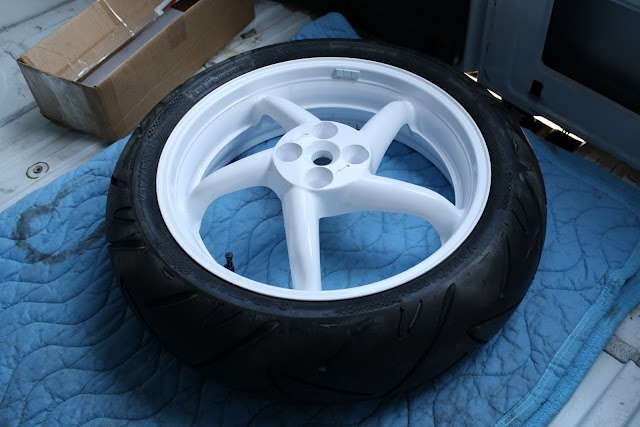 Sadly though they accidently ordered me another rear tire instead of a front so I've got to wait for the new front to arrive before I can get her rolling again. If I just wanted something simple like a Pilot Power I could have just grabbed one and been out the door... I've always got to have the stuff that no one has ever heard of and doesn't stock.
Posted by Kit at 12:12 PM No comments: