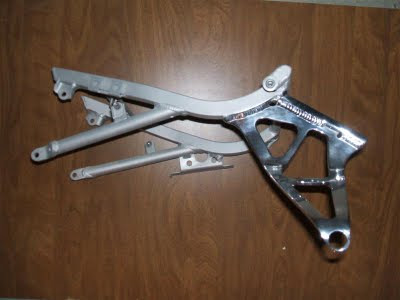 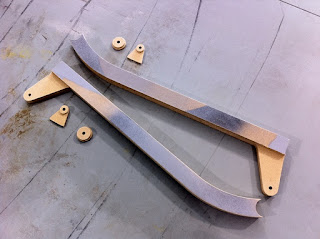 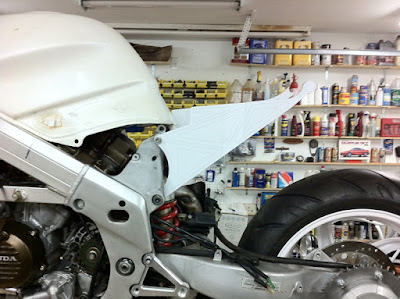 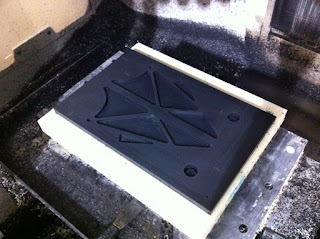 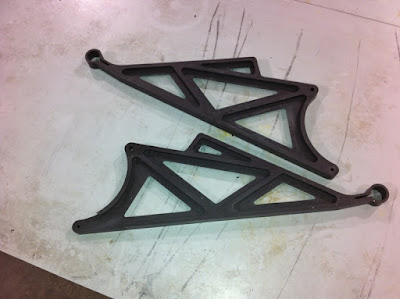 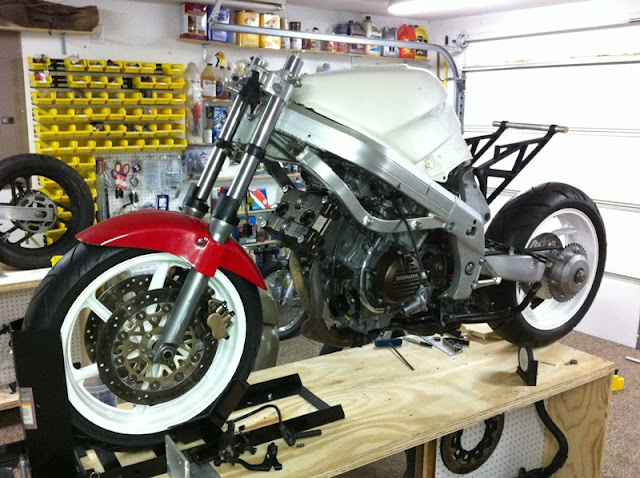 These pieces will be cut out of aluminum later. I think the profile will work as it is, but I may cut the rails that mount the seat off and make them a separate ABS piece for more adjustability. Also I need to put mounts in for the regulator, fuel pump, and figure a way to suspend the battery in there. I like the billet idea because it will act as a heat sink for the regulator.
Posted by Kit at 9:01 AM 1 comment: