When I pulled the old breather off the top of the rear valve cover of the VFR I tore the gasket up, I cant get a new one because they're back ordered through Honda. I'm sure I could buy one if I really put some effort into tracking one down, but instead I'll just make one. 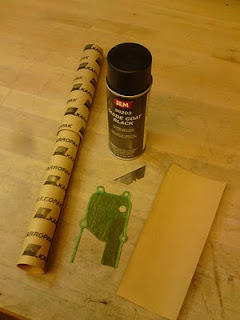 These are the tools that I'll need. What's left of the old gasket, some new gasket material, razor blade, and some cheap guide coat I had in the cabinet... also some hole punches and a hammer. 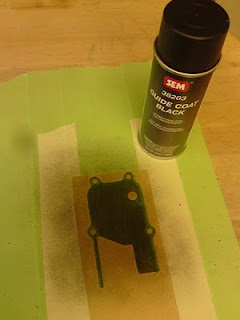 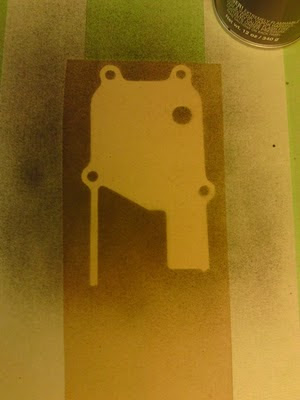 I had some trouble getting the gasket material to lay flat so I put some double stick tape down and stuck it to it. 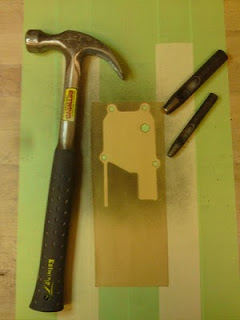 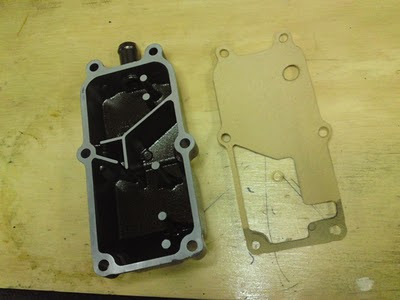 I just had to make the rest of it up as I went using the original part and a little logic. This thing's far from critical one way or another so I wasn't too worried about it.
Posted by Kit at 2:56 PM