The VFR750F is a touring bike and it's got the design to prove it. The dash is built like a brick. The RC30 on the other hand had a very different layout looking more like a cluster of individual gauges. Even though the dash had been removed from the bike when I bought it, after rummaging through some boxes in the garage the previous owner pulled it out and asked me if it was part of the bike. So I've got it, the casing was a little smashed up but the internals all seem to be intact. I have no idea how long the thing's been off so the 33k miles that it shows doesn't amount to much, but it will be nice to be able to keep track from here on out. ...in exploded form
Is omittion of the truth really a lie? 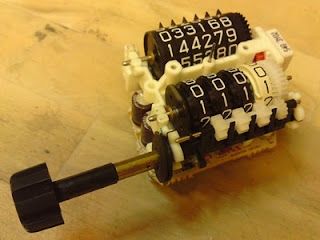 Yes!
It's a little daunting at first glance, but each of these copper lines will just have to be replaced with a wire 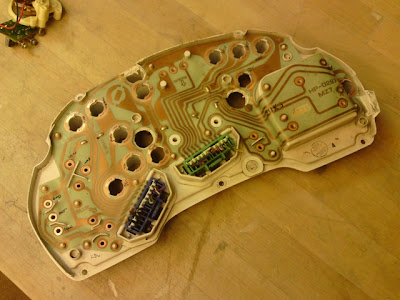 I need to buy myself a new wiring harness to harvest the printed wires so that everything can match in the end.
I snipped the wires off and kept them in place so that I can trace colors later when I have to rebuild the thing. 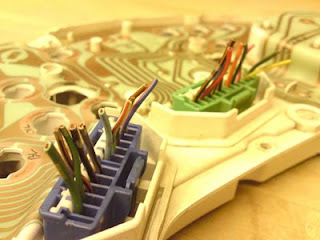 This is what I'm going for 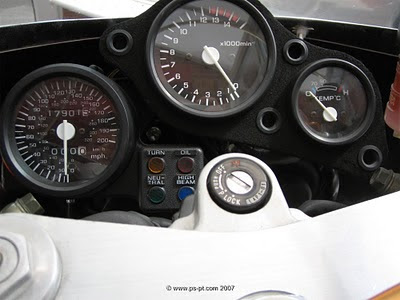 And this is where I'm at right now 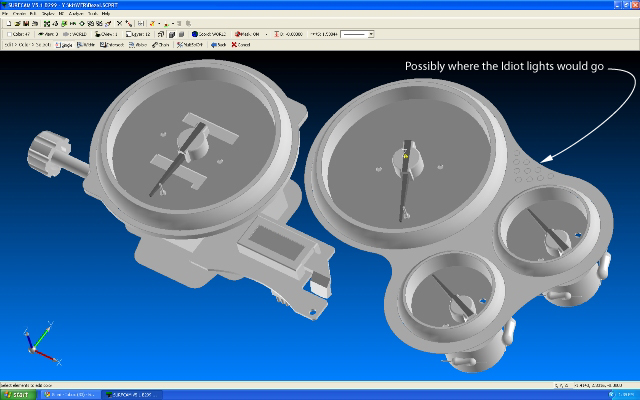 The PCB for that stupid clock is ridiculously huge, I'd love to just leave it out, but I've ridden bikes without them, and they are super nice to have. It will stay... where exactly it will go I can't be sure yet.
Posted by Kit at 12:27 PM