Tore her up a bit last night. 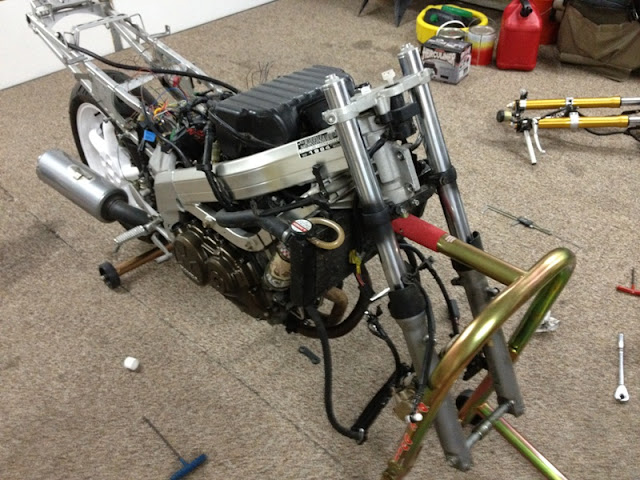 I want to at least start with the same length as the original forks, so some measurements are in order. I took the measurements I wanted, but as a precaution also spray painted the interface area with some cheapie spray bomb in case I needed to find this dimension after removing the forks. It will wipe of with most solvents when I decide I don't need it anymore. 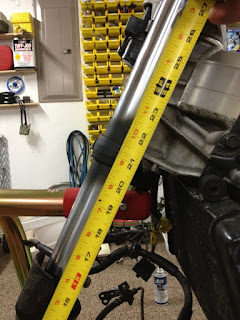 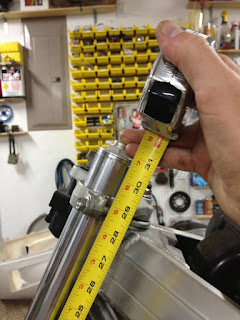 Original is about 2 inches longer than the new R6r parts. Which is a bit of a relief because the R6 head tube is a lot longer than the VFR tube and I was worried about the lower clamp landing too high on the R6 forks... if that makes any sense. 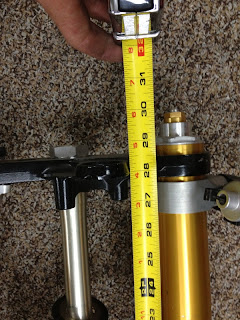 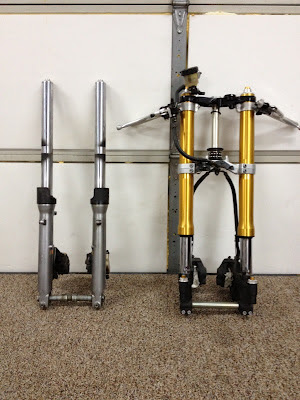 So pretty. The lower bearing might fit right up, sure felt like it did, but the upper isn't even close, in this picture the ball bearings are just sitting on the top rim of the tube. So there's still a ways to go. Looks good though. Now I need to see if I can find some bearings that have a 22mm ID and an OD to match the VFR wheel. If not I'm going to have to have an axle made and I'm not looking forward to that. 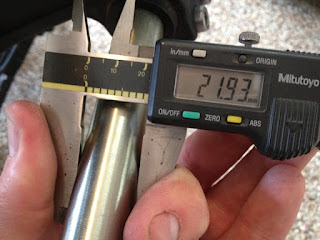